Welcome to About MBM 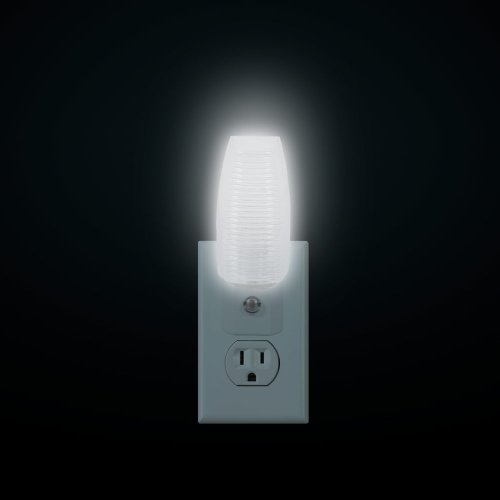 Are Night Lights Making You Fat?

Nighttime satellite images show an Earth seemingly sprinkled with stardust. It’s hard to imagine the millions of lights seen from space began with a single light bulb in Thomas Edison’s laboratory. Harder still to imagine this glowing web of electricity is creating a hormonal horror of obesity, hypertension, insomnia and even cancer.

As the invention most responsible for nightlife adventures, it’s hard to find much wrong with the light bulb. Its illumination made streets safer and gave rise to 24-hour work production. Without the shackles of darkness, people could work or play until sunrise. Little did they realize those shackles were the sum of complex hormones known collectively as the circadian rhythm.

Battle for Your Circadian Rhythm

Your circadian rhythm is your internal clock. It evolved to reflect the way people lived for tens of thousands of years: in harmony with sunrise and sunset. And the mainspring that sets this clockwork in motion is the hormone Melatonin.

Melatonin tells your body it’s time to wind down and prepare for sleep. But it does so much more. Melatonin is also a powerful antioxidant that reduces oxidative damage. It’s also an anti-inflammatory that boosts the immune system. Melatonin has even been shown to have an anti-aging effect and to increase longevity in mice.

Your body knows it’s time to produce melatonin when darkness comes. But in our lit-up world, darkness is harder to come by. Scientists have discovered the blue-light emitting from artificial lights is tricking our bodies into reducing melatonin production. This discovery is especially troubling in the tech-age, when electronic devices and LED bulbs emit more blue light than their incandescent predecessors.

Low melatonin levels have been linked to several illness, insomnia being the most obvious. The CDC says 50-70 million Americans suffer from some sort of sleep disorder. Americans spent $3 billion on just two popular sleep medications in 2006.

Studies also show low melatonin levels have sinister effects that go beyond sleeplessness. Exposure to light at night has been linked to cancer, diabetes, heart disease and obesity.

Does all this talk about wake-sleep cycles have you thinking about your late-night servings of ice-cream and potato chips? Some studies suggest nighttime lights increase cortisol levels. Cortisol is known to increase sugar and carb cravings.

Don’t Run Out For Melatonin Supplements

It may seem melatonin supplements are the answer to the blue-light conundrum. Remember, melatonin is a hormone with far-reaching health implications. In fact, it’s the only hormone available as a supplement simply because it’s found in some foods.

Most melatonin supplements are synthetic, use a dose that is too high, and release too quickly into the blood stream. Furthermore, supplementing with melatonin leaves you vulnerable to side effects, such as depression and unpleasant dreams.

How to Prevent Blue Light Exposure

Most people aren’t willing to turn off their electric devices at 8 pm. Luckily for them, Dr. Richard L. Hansler, a physicist with Ohio-based John Carroll University, has developed glasses that block blue-light. A former researcher for General Electric, Hansler went to work in his retirement years researching seasonal affective disorder. His research prompted him to develop a product to restore melatonin levels despite the ever-increasing onslaught of blue-light. The result: Zzz Glasses, orange goggles that can fit over regular glasses and block over 95 percent of blue-light.

I was skeptical at first. But after using them every night for the past three weeks, I’m a well-rested believer in Zzz Glasses’ blue-light blocking powers. I set a time to wear them at 8 pm, two hours before my target bedtime of 10. I find I fall asleep sooner, sleep more deeply and wake at 6 am feeling well-rested. And since I’m using a computer within a half hour of going to bed, I don’t have to sacrifice productivity for a good night’s sleep.

A single cause cannot explain away poor health, and blue-light is no exception. Good health is a culmination of choices, from eating well and exercising to practicing good sleep hygiene.

Reducing blue-light exposure and restoring your melatonin levels to a natural state is a great first step. From your new, well-rested vantage point, you can make other lasting changes. Exercising early in the morning will further regulate your cortisol levels and fine-tune your circadian rhythm. Paying attention to your spiritual side will increase your sense of calm.

Please give us a call to get your blue-light blocking glasses. We can also help you get back on track with your sleep quality and energy levels through other lifestyle improvements. Make an appointment today.

Want To Know More About MBM?

View Our Services Before After Images Seminar Schedule
Get In Touch
// //
Copyright 2017 - 2023. Designed by Reaver Technologies